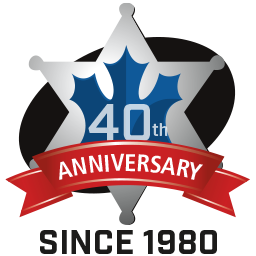 MDC has set up $1,500 scholarships at 11 academic institutions across Canada to support the next generation of first responders, specifically, police and law enforcement. As of May 2018, there were 68,562 police officers in Canada and declining (Stats Canada, Police Resource in Canada, 2018). Prince Edward Island (-4 per cent) and Ontario (-4 per cent) had some of the largest declines, so it was important to MDC to make sure investment included these specific regions.

Holland College out of Prince Edward Island has a 34-week Police Science Cadet program which runs out of The Atlantic Police Academy. The Atlantic Police Academy is one of two major pre-employment Police Academies in Canada. “Our students are beginning a new chapter in their lives. They have made the conscious decision to serve their neighbours, their communities, and their fellow Canadians. MDC is recognizing their efforts. This generous gift is especially helpful during these difficult times,” says APA Executive Director, Forrest Spencer.

MDC is also supporting specialized offerings from Fanshawe College in London, Ontario. Specifically, the Advanced Police Studies Diploma and Advanced Law Enforcement and Investigations Diploma. MDC provided all 36 incoming students with duty bags, which they will use once in-person studies resume.

Alexander Rossa, president of MDC, says “We are excited to be more engaged in the first response communities across Canada and believe our scholarship program is a great first step toward giving back in a more meaningful way.”